d’Overbroeck’s College is a leading independent co-educational day and boarding school in north Oxford. Established in 1977, d’Overbroeck’s has built a strong reputation, locally, nationally and internationally, for its student focused ethos, and for the excellence of its educational provision. The school has 460 students aged 11 to 18 and was ranked 14th in The Times national league table of coeducational independent schools this year on the strength of its A-level results. Seventy-one per cent of its students who took A-level exams in 2014 achieved A* or A grades, while forty-seven per cent of candidates achieved three or more A* or A grades.

Oxford International Education Group (“OIEG”) is a leading provider of educational programmes in the UK and North America, including university preparation courses. Founded in 1991 by owner-managers David Brown and Robert Darell, the group has grown strongly by investing in and developing its wide range of courses and facilities in the UK and overseas. By joining forces with OIEG, d’Overbroeck’s will have access to substantial further investment to support the school’s expansion. In particular, the school’s Governing Body and senior management team have identified the need for further investment in additional facilities and physical space for the Sixth Form, to meet the strong demand for student places.

“We chose the team following an independent introduction and recommendation. Clive and his team have been absolutely excellent. At the beginning, they did a great deal of essential preparatory work – in a matter of days – to enable us to begin discussions with potential partners. Clive clearly has enormous experience in this field, and a long track record of success. We would never have reached a successful outcome without his advice and judgement. His personal interventions at key stages were decisive. He has attended every meeting, and responded immediately to every phone call and email (at any time of any day, including periods when he was ‘on holiday’). Altogether an outstanding service from a team which, by general agreement, is at the top of its game. With their help, we have been able to entrust the future of our school to the best possible partner.” Tom Mills, d’Overbroeck’s. 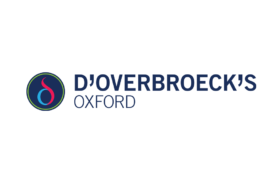 We chose the Corporate Finance team following an independent introduction and recommendation. Clive and his team have been absolutely excellent. At the beginning, they did a great deal of essential preparatory work - in a matter of days - to enable us to begin discussions with potential partners. Tom Mills d'Overbroeck's

Three strategies to get ahead of inflation